Roger Ebert's "Life Itself" Will Be a Movie 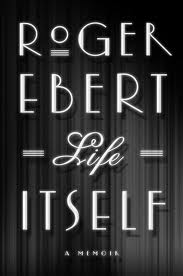 Roger Ebert announced on Twitter yesterday that "Life Itself," his memoir published last year by Grand Central Publishing, is being made into a movie. Entertainment Weekly picked up the scoop, providing a few details: It will be a documentary with Steve James, the director of "Hoop Dreams," at the helm, screenwriter Steve Zaillian, best known for "Moneyball" and "Schindler's List," on the team, and Martin Scorsese acting as executive producer.

And Matt Singer of IndieWire got a reaction from Ebert himself that you can read at the linked page.

Ebert's life will certainly provide plenty of material. He was born and raised in Urbana, where he worked on the school newspaper at Urbana High School and won a state championship in radio speaking at the IHSA speech competition in 1958. He began covering sports for the Champaign News-Gazette while still a high school student, and kept that up even as he went to college at U of I and became editor at the Daily Illini.

After a fellowship abroad and graduate work at both U of I and the University of Chicago, Ebert did some reporting for the Chicago Sun-Times, where he was given the film critic assignment in 1967. He did a few screenplays on the side, working with director Russ Meyer on such classics as "Beyond the Valley of the Dolls" and "Beneath the Valley of the Ultra-Vixens."

But when he teamed with Chicago Tribune film critic Gene Siskel on a show called "Sneak Previews" in 1975, his career as half of "Two Thumbs Up/Thumbs Down" really took off. That show was originally done just for WTTW, the public broadcasting station in Chicago, but by 1978, PBS had picked it up and syndicated it nationwide, making Siskel and Ebert household names.

At that point, Ebert was also dealing with alcoholism; he quit drinking completely in 1979.

The show underwent name changes and production company switches, but it remained a fixture until Siskel died in 1999. After that, Ebert hosted various iterations of the show with various other people, until he had health woes of his own, finally losing the ability to speak, drink or eat after complications from treatments for thyroid cancer. He continued to participate in a show with Richard Roeper, his last co-host, until December, 2011, when "Ebert Presents: At the Movies," closed up shop.

Even without a physical voice, he's remained a steady voice for the Sun-Times, with reviews in print and a very popular online presence.

And Ebertfest, the film festival he began for overlooked movies, continues annually (as a hot ticket) at the historic Virginia Theatre in Champaign-Urbana. Ebertfest 2013 is set for April 17-21, 2013. Films will be announced in March, but festival passes are usually sold out in January or February.

All of which gives any film about Roger Ebert a lot to work with. The book "Life Itself" received starred reviews from Publishers Weekly and Booklist and continues to be a steady seller. From all reports, filming is expected to begin before the end of the year, with a release date still to be determined. Maybe in time for Ebertfest 2014?
Posted by JulieK at 12:10 PM