Who'll Be at the Discovery Walk, Part 1: Bellamy, Bowen, de Veer and Lovell

The McLean County Museum of History is gearing up for next weekend's Discovery Walk at Evergreen Cemetery, organizing all the volunteers and rehearsing the actors and getting out all the signs and programs and tables and chairs and... Well, all the details they have to add up every single year. 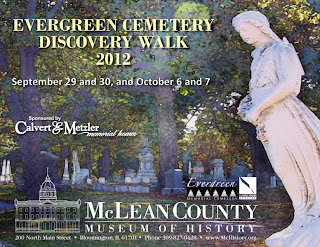 As part of that Getting Ready effort, the Museum is also releasing the names and bios of the actors who will be playing Bloomington-Normal's historic personages this year. So far, we've seen four of them, which is half of the acting corps required to get this show on the road. Or in the cemetery.

So who's who this year? 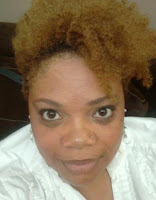 Fresh off her performance in New Route Theatre's Fabulation, Leola Bellamy will be joining the Discovery Walk in the role of Sophia Huggins, a psychic who advised a variety of clients in the late 19th Century, when spiritualism was all the rage across the country. Bellamy is new to the Discovery Walk, although she is involved with several area theaters. She's also a mother and grandmother and a member of the World of Life Ministries. She describes herself as "a passionate performer who hopes to pursue a career in theatre." 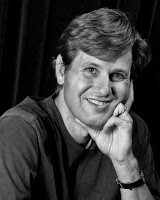 John Bowen is also happy to be performing with the Discovery Walk for the first time. He notes that the script for the role he will be playing -- fashionable man about town William C. Handy -- was written by Michael Pullin, to whom this year's Walk is dedicated. Bowen is a familiar face on area stages -- you may've seen him as the preacher in Heartland Theatre's The Diviners, or as Charles Lindbergh in Hauptmann at Community Players. 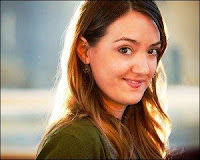 Gwen de Veer is returning to the Walk for the second straight year. Last year, she played Frances Ela, a young wife anxious to get her husband home from the Civil War. This time out, she will again be in a paired scene, as her character, Madame Annette, a pseudonymous columnist for the Daily Bulletin, will interview Leola Bellamy's supposedly clairvoyant "Aunt Sophia" Huggins. Gwen has most recently been seen in Electra in Chicago, and she did Sirens and Proof (opposite John Bowen) at Heartland Theatre before that. 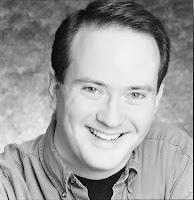 And the fourth actor just revealed to be back in the Walk is Rhys Lovell, who has played a variety of characters over the years, ranging from injured Civil War vet Lewis Ijams to baseball great Hoss Radbourne. This year, he'll be Jerry Wunderlich, a dashing race car driver who became a stuntman in Hollywood and cozied up to movie stars. Did he secretly marry the screen siren who starred opposite Rudolph Valentino in "The Sheikh"? Maybe. Maybe not.

Lovell is currently teaching and directing at Eureka College, where his production of Harold Pinter's Other Places opens in November.

If you'd like to see Bellamy, Bowen, de Veer and Lovell and get acquainted with the colorful characters they're portraying, you have a choice of 11 am and 2 pm performances on Saturdays and Sundays, September 29-30 or October 6-7.  The Walk part of the name means it is a walk, and you should be prepared to be on your feet for about two hours as you follow a tour guide among the eight actors stationed throughout Evergreen Cemetery.