The Best of the Holiday Movie Barrage Tonight and Tomorrow

We get an onslaught of holiday-themed movies this time of year, although a few of my favorites always seem to get left out. But this year, Turner Classic Movies is airing five of my favorites between 5 pm (Central) today and 4 am Wednesday morning. 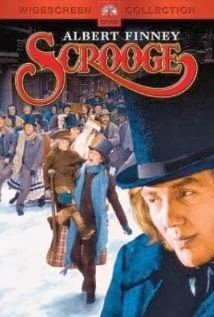 The 1970 Albert Finney version of Scrooge is up first at 5 this evening. There are lots of Christmas Carols around, with excellent versions ranging from the 1938 black-and-white one with Reginald Owen to Alastair Sim in 1951, George C. Scott in 1984, Bill Murray in 1988, The Muppets (with Michael Caine) in 1992, and Patrick Stewart in 1999. You can also choose versions of this popular story that involve Barbie, Blackadder, The Flintstones, Susan Lucci, Mickey Mouse, Scrooge McDuck or Mr. Magoo. But the Albert Finney one is really fine, using the classic Victorian setting and co-stars like Edith Evans and Alec Guiness, plus music from Leslie Bricusse, to bring the tale of Ebeneezer Scrooge to life. Finney is one of the few Scrooges to play both old and young Ebeneezer, and that gives this version something extra. 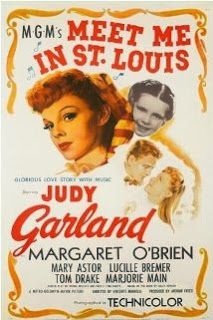 The musical Meet Me in St. Louis, with young Judy Garland singing up a storm as part of a family enjoying the 1904 St. Louis World's Fair plays on TCM at 7 pm tonight as well as 8:15 tomorrow morning. Meet Me in St. Louis covers more holidays than Christmas -- its Halloween scenes are famous, as well -- but when Judy sings "Have Yourself a Merry Little Christmas" as the family prepares to move away from St. Louis, this particular holiday trumps everything else. It's the saddest, sweetest Christmas song you can imagine, and it gets me every time. Margaret O'Brien repeatedly attempts to steal the show as Judy's youngest sister, while Mary Astor and Leon Ames play her parents and Marjorie Main makes a dandy family servant. 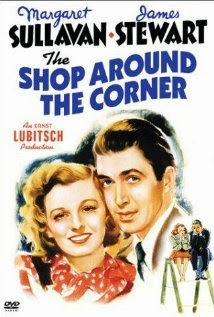 Ernst Lubitsch's lovely The Shop Around the Corner is up at 1:30 pm Tuesday. You know the story of two feuding co-workers who don't realize they are also romantic pen pals from other versions of it, from Parfumerie to She Loves Me, In the Good Old Summertime and You've Got Mail. But the light Lubitsch touch makes The Shop Around the Corner and romantic leads Jimmy Stewart and Margaret Sullavan something special. It doesn't hurt that the supporting cast -- Felix Bressart and The Wizard of Oz himself, Frank Morgan, among them -- is also first-rate. Christmas enters into the story as the shopping season that stresses out our gift shop employees and the family time that upsets the singles among them. It's truly a sweetheart of a movie. 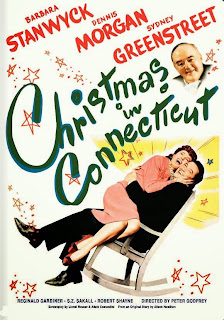 The marquee seven o'clock slot on Tuesday is saved for Christmas in Connecticut, that jolly wartime charmer with Barbara Stanwyck as a magazine columnist who pretends to be the perfect housewife, cook, mother, wife and general home and hearth expert, even though she is really none of those things. Her ruse is discovered when a soldier (handsome Dennis Morgan) asks to spend Christmas with a "real" family like hers. And hilarity ensues! Look for S.Z. "Cuddles" Sakall and the always irascible Sydney Greenstreet in the ensemble. For more about my thoughts on Christmas in Connecticut, click here. 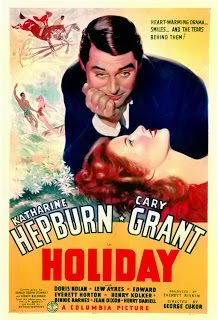 You'll need to stay up late Christmas Eve or set the DVR to get my all-time favorite holiday movie, aptly titled Holiday, at 2:15 am Central time. This one pits Cary Grant against Katharine Hepburn -- he's a self-made man who wants to marry her sister and quit the biz to enjoy life, but the Seton family is too entrenched and too rich to let that happen. Edward Everett Horton and Jean Dixon play eccentric friends of Grant's Johnny Case, while Lew Ayres does an affecting turn as Hepburn's character's brother. As I said the last time I wrote about Holiday, "When it's Cary Grant playing Johnny, it's hard not to support his holiday. It's hard not to try to book a cabin on that ship and go right along with him. As Linda says, 'If he wants to dream for a while, he can dream for a while, and if he wants to come back and sell peanuts, oh, how I'll believe in those peanuts!'"

Email ThisBlogThis!Share to TwitterShare to FacebookShare to Pinterest
Labels: Christmas in Connecticut, Holiday, Meet Me in St. Louis, Scrooge, The Shop Around the Corner