40 Years of Urbana's Celebration Company: How the Station Theatre Came To Be 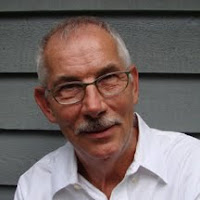 The Celebration Company at the Station Theatre in Urbana is currently celebrating its 40th anniversary season. If you are involved in theatre in Central Illinois, you've heard of the Station as pretty much of a fixture on Broadway in Urbana.

I was curious about how it all began, so I posed some questions to Celebration Company Artistic Director Rick Orr (seen at left), who has been there from Day One, and Rick was kind enough to provide answers.

I had been a director at what was then called the Depot Theatre, which was a sort of branch of the English Department at the U of I. I directed a very successful revue, "Jacques Brel," which was an unusual show for them. They were primarily doing Shakespeare, Beckett, etc. "Jacques Brel" got a lot of press attention, and the owner of the building, seeing this, contacted me about purchasing the building. So I took that opportunity to purchase the theater with money gathered with some friends, and our company was formed. It was a little controversial at the time, because other members of the Depot Theatre weren’t involved. 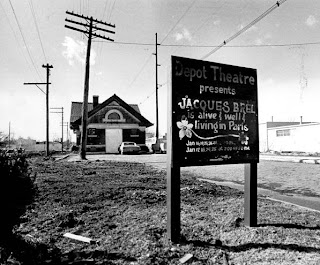 "Jacques Brel" at the Depot Theatre.

And how did the Celebration Company get its name?

The name “Celebration Company” came from classroom notes from grad school. A theatre professor of mine, Clara Behringer, said that theatre should always be a celebration.

What was the very first show done by the Celebration Company? I notice (on the Station’s website) that "The Fantasticks," "Old Times" and "Tooth of Crime" are listed as the inaugural season. I can see some similarities there, even though they’re very different shows. Did you have a mission or a kind of show you wanted to do right from the start?

"The Fantasticks" came first. At that time, experimental theater and “happenings” were very popular. I was fortunate enough to witness some of this in New York, and I had read about it as a theatre student. I didn’t feel that this kind of theatre was represented by the theatre department at the U of I, so I was seeking out the newest work by the newest playwrights, theatre that would challenge, educate, and excite both the company and the audience. Early years witnessed some Midwest premieres, because there wasn’t a notable Chicago theatre scene at this time. Robert Falls directed "Moon Children" for us in his senior year, and this went to the Wisdom Bridge Theater, which helped create the theatre movement there. Steppenwolf was still operating out of a church basement then. I wanted to bring playwrights like Sam Shepard and David Mamet to our community, because they weren’t well known.

From that same list of shows, it looks like the Celebration Company went from three shows the first year to four the second and then made a leap to TWELVE shows the third year. How was that possible? And what in the world is “Piggly Wiggly Pop”?

"Piggly Wiggly Pop" was an original children’s show, if I remember correctly. We were an extremely small company, but energetic and motivated. The first two seasons, I directed six or seven shows, all while being a student, a TA, a tutor, and working at a “day job.” Youth and energy...

Are there any productions over the years that stand out for you as exactly what you wanted the Station to achieve in the beginning?

I think each show that a director undertakes becomes his or her favorite at the time, so it’s hard to choose one. "Buried Child" stands out, and "True West." "The Boys in the Band." More recently, "The Lieutenant of Inishmore." Just to name a few.

I know you are willing to repeat shows that speak to the company, like doing “Long Day’s Journey Into Night” 26 years apart with the same actors playing James and Mary Tyrone. What do you think is the show you’ve done the most?

I’ve personally directed "Jacques Brel" the most. It remains rather timeless to me, with music and lyrics by an author whom we lost at a young age. It’s a challenging piece. I’ve also repeated "Who’s Afraid of Virginia Woolf," "Betrayal," "West Side Story," and "Cabaret." In some cases, repeating a show is a matter of matching the show to the talent available. They may come back again. 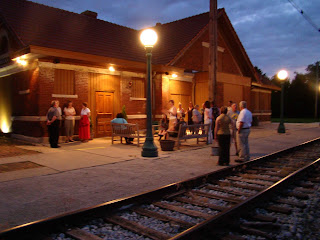 In general, how has the Celebration Company changed over the years?

What is the play selection process like? Do you take proposals from directors, or pick the plays and then assign directors?

It is rare that we would choose a play and attach a director later. It has happened, but it is a last resort. If a play is something we consider important, we might seek out a qualified director for it. We select plays twice a year. The committee is made up of a small group of core company members who read proposed scripts to put together a diverse season that will reflect a mix of new plays, challenging roles, and good quality.

Theater companies obviously come and go, and yet the Celebration Company has lasted for 40 years, over two recessions and a lot of changes in the area’s taste in theater. What has been the company’s biggest challenge over the years?

New plays tend to be very topical, so we always challenge ourselves to find pieces that will be timely. We want the information to be as “present tense” as possible.

What do you see ahead, in the Station’s future?

Hopefully, we will continue to train actors and technicians, as we always have, and to give them a “real world” setting in which to practice their craft. The Station will remain an intimate setting with tight budgets and an emphasis on credible acting and powerful words.

Thanks so much, Rick!

The Celebration Company gears up again with Rajiv Joseph's "Gruesome Playground Injuries," directed by Mathew Green, opening January 5. I will be running interviews with Mathew Green and his cast of two -- Katie Baldwin and Rob Zaleski -- next week, so be sure to look out for those pieces for more salient info about the Station Theatre and how it does what it does.

For more information on the 40th Anniversary Season in general, click here. If you'd like to read about the Celebration Company or the history of the Station building, click here.
Posted by JulieK at 1:18 PM