Today, both the Producers Guild and Writers Guild announced nominees for excellence in 2011.

The Producers Guild recognizes achievement in the production of television and film, although only nominees in Documentary Films have been announced thus far. Other film category nominees will be released January 3, according to the PGA schedule. Once those film nominations come in, you'll see a pretty good precursor for the Oscars, as the Producers Guild has a track record of picking the same films the Academy does. 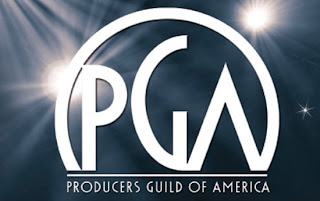 On the TV side, NBC's "30 Rock" and "Parks and Recreation" join CBS's "The Big Bang Theory," Fox's "Glee" and ABC's "Modern Family" as comedy nominees, while dramas like HBO's "Boardwalk Empire" and "Game of Thrones" have earned nominations along with "Dexter" from Showtime, "The Good Wife" on CBS and AMC's "Mad Men." You can see the complete list of nominees here.

Note that "The 64th Annual Tony Awards” earned a spot in the Live Entertainment & Talk Television category, which is kind of fun. Voters have a choice of voting for Stephen Colbert, Ellen DeGeneres, Bill Maher, SNL or the Tonys. I say, go Tonys!

The Writers Guild, meanwhile, has chosen other television shows to honor. "30 Rock," "Parks and Recreation" and "Modern Family" all made the cut, but the WGA rounded out its field with "Curb Your Enthusiasm" and "Louie." Tough luck, "Big Bang" and "Glee." I have to be honest -- "Community" and "Happy Endgings" would've made my own personal lists, but getting rid of "Big Bang" and especially "Glee" doesn't bother me a bit.

In drama, the WGA kept "Boardwalk Empire," "Game of Thrones" and "The Good Wife," but ignored "Mad Men" and "Dexter" in favor of AMC's "Breaking Bad" and Showtime's "Homeland."

They also recognize New Series, and in that category, they've chosen "Episodes," "Game of Thrones," "Homeland," "The Killing" and then... They went completely off the rails and picked "New Girl." I don't know what to make of that, frankly. It's hard to argue with "Game of Thrones" or "Homeland," but "New Girl"? In what universe can that compete?

Oh well. The other nominations, in categories like Animation and Comedy/Variety, are listed here.

One sad note: The Writers Guild has nominated "All My Children," "General Hospital" and "The Young and the Restless" for outstanding achievement in writing for Daytime Dramas. "All My Children" was canceled earlier this year, while "One Life to Live" bows out shortly, but poor OLTL didn't get nominated, even in its last year. The last ABC soap left, "General Hospital," is widely rumored to be getting the ax sometime soon, so who will be left to nominate next year? Will the WGA get rid of the category completely or just go with the three survivors, "Y & R," "The Bold and the Beautiful" and "Days of Our Lives," as their three nominees?
Posted by JulieK at 5:09 PM