Texting During Performances? Just Say NO. 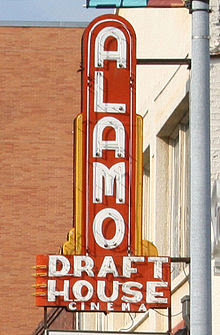 Where do you stand on the prickly issue of texters, tweeters, callers and Angry Birds players during your movies, concerts and theater outings?

Some theater critics and even one theater have suggested that it's a good thing to allow tweeters and texters to tell their friends -- yes, during a show -- how much they're enjoying themselves, that that will encourage others to come out to see the particular performance they're sharing as it happens. Others (me included) think it's an awful idea, that it is very distracting to the audience AND the performers on stage if there are little blue lights or red-flashing earpieces or tapping fingers or whatever else it takes to read your email, send a text, change your status on Facebook, tweet your latest thought fragment, hear your messages or otherwise communicate with your bro, your boo, your dealer, Ashton Kutcher or your mom while you're supposed to be watching a live performance.

A movie theater in Texas called the Alamo Drafthouse dealt with this whole dilemma quite neatly last June, earning themselves some major fans along the way. Here's the whole story from the Alamo itself called "She texted, we kicked her out." It seems a young woman texted in one of their theaters even after they had repeatedly warned everybody not to. So they kicked her out. That made her mad, so she left a snotty message on their voice mail. And then they found her message so amusing that they used it for a public service announcement before their shows. It's hilarious and most welcome for anyone who has ever been annoyed at all the lights spreading out before them like Christmas decorations in suburbia every time they attend a performance.

You can see the whole lovely PSA on Youtube as well. (Note that this is the uncensored version, with all of the texter's &%$! tirade. So, yeah, you'll hear all the bad words this charming person left on the Alamo Drafthouse's voicemail.)

This isn't an issue that's going away anytime soon. Theaters will continue to make announcements that cell phones and pagers and iPads should be turned off during performances, and selfish, unthinking people will continue to ignore them.

But at least we have the Alamo Drafthouse. And before I go to the next show where I'll be fuming over the people with their faces lit up from the glowing phones under their chins, I will simply rewatch this video a few times and enjoy the Alamo's revenge.
Posted by JulieK at 1:14 PM