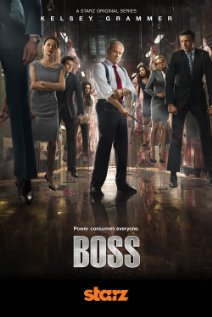 The Starz TV series Boss, starring Kelsey Grammer as a powerful (and powerfully unstable) mayor of Chicago, has been canceled. Boss enjoyed two seasons of political and personal intrigue for the mayor before Starz pulled the plug. Entertainment Weekly reports that Starz has made the move in order to free up some room for four series coming next year, including new series DaVinci's Demons and The White Queen, season two of Magic City, and the final season of Spartacus: War of the Damned. Another new Starz series, Black Sails, will bow in 2012.

Although Boss won't get a season three, Deadline is reporting that there's a possibility producer Lionsgate will make a movie to wrap up the storylines left hanging at the end of season two.

It's no surprise that James Vincent Meredith, the U of I and Station Theatre alum and Steppenwolf ensemble member who played Alderman Ross, a political foe of Grammer's Mayor Kane, will be keeping busy even without Boss. It was announced earlier this month that Meredith has been added to the Chicago cast of the eagerly awaited musical The Book of Mormon in the role of Mafala Hatimbi, played by Michael Potts in the original Broadway cast.

Meredith was in Superior Donuts on Broadway and The Tempest, The Crucible, Clybourne Park and The March in Chicago. He did Six Degrees of Separation at the Station in Urbana before leaving to begin his professional career. 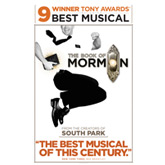 If you're interested in seeing Meredith in The Book of Mormon, click here for ticket information. Performances begin December 12, 2012, and will run at least through June 2, 2013. So far, sales have been brisk, and Broadway in Chicago says your best bet for decent seats is to go for Tuesday or Wednesday performances.
Posted by JulieK at 4:22 PM