Plenty of NUTCRACKERS to Go Around 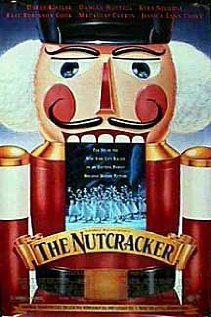 Tchaikovsky's ballet, The Nutcracker, is a perennial favorite during the holidays. The story, told through dance, begins on Christmas Eve, as a wealthy family, including children Clara and Fritz, hosts a party to trim their tree. One of their guests is the mysterious Herr Drosselmeyer, Clara's and Fritz's mysterious godfather, who gives two magical dolls to Clara and presents a nutcracker to Fritz.

But it's Clara who wants the Nutcracker. After everyone has left and the family has gone to bed, Clara steals back down to find it and she experiences strange visions (aided by Herr Drosselmeyer) of a battle between the Rat King and his forces against the Nutcracker and his. The Nutcracker is transformed into a handsome prince who spirits Clara away to magical lands where she meets the Sugar Plum Fairy and is treated to a variety of dance reflecting different cultures. Finally Herr Drosselmeyer reappears, returning Clara safe and sound to her family's home, happy with her Christmas Eve adventures.

The Nutcracker is such a favorite around here that everybody has one. Or at least three Central Illinois towns have them. There very well may be even more Nutcrackers out there in Le Roy and Farmer City and Hoopeston and Elmwood and Goodfield, but for right now, we'll just work with Bloomington, Urbana and Peoria. 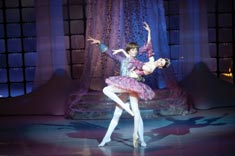 Urbana's take on The Nutcracker is up first, with performances beginning tomorrow night in the Tryon Festival Theatre at the Krannert Center for the Performing Arts. This Nutcracker combines the Champaign-Urbana Ballet, under the direction of Deanne Doty, with Sinfonia da Camera, under the direction of Ian Hobson. Sara Hawthorne and Valerie Linsner will dance the role of Clara at different performances between November 30 and December 9. You can peruse the program for the event if you want a look at the entire cast or to read more about the Champaign-Urbana Ballet and Sinfonia da Camera.

The Peoria Ballet Nutcracker has performances on December 8 and 9 at the Peoria Civic Center Theater. If you'd like to enhance your Nutcracker experience, you can become a Friend of Clara to get inside info on this year's performance and buy your tickets earlier than everyone else, too.

The Bloomington Center for the Performing Arts hosts USA Ballet and their Nutcracker at 3 pm on December 16. USA Ballet, a "world class international ballet company" based in Bloomington-Normal, was founded in 1990 by Dr. Ken Bello and Michelle Holmes-Bello. This performance will be danced by the Youth Ensemble from USA Ballet.
Posted by JulieK at 4:26 PM