Get out your scorecards: Two more TV shows have officially been flunked out of the Fall '12 class.

So first, CBS's "Made in Jersey" and NBC's "Animal Practice" were given the heave-ho, and ABC made it clear it was done with "Private Practice," the "Grey's Anatomy" spin-off, back in October. 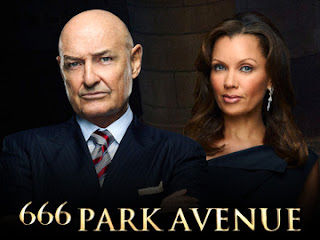 Yesterday, the axes came out again, with CBS yanking "Partners," a freshman sitcom about two best friends, one gay and one straight, and their respective partners, and ABC offing "666 Park Avenue," the spooky drama that featured Terry O'Quinn of "Lost" fame and Vanessa Williams, the former Miss America who lit up "Ugly Betty" and "Desperate Housewives," as well as "Last Resort," the military thriller starring Andre Braugher as the commander of a rogue nuclear sub. 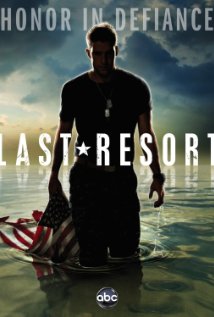 Yes, that leaves "Mob Doctor" and "The Neighbors," the two shows everybody thought would be the first to fall, still on the schedule. And "The Neighbors," along with "Arrow," "Beauty and the Beast," "Ben and Kate," "Chicago Fire," "Elementary," "Go On," "Nashville," "Revolution," "The Mindy Project," "The New Normal," and "Vegas" were all given full-season pick-ups, meaning the networks ordered more episodes of each, enough for a full season.

Nothing has happened yet with "Mob Doctor," however. It's avoided being the first to go, or even the fifth to go. Who'd a thunk it?

Meanwhile, "Guys with Kids," a sitcom about wacky dads on NBC, will get only four more episodes, for a total of 17, which is sort of a good-news/bad-news situation. Yes, we like you well enough to order more episodes, but not well enough to go the whole nine yards. Or the whole 22 episodes. Which probably means "Guys with Kids" will ride off into the sunset well before we get to the end of the season. Rumor has it that the retooled "Up All Night" will saddle up and ride off with it.

Stay tuned... The cancellation/renewal game is often more dramatic than the shows themselves.
Posted by JulieK at 7:11 PM