Joseph and the Amazing Technicolor Dreamcoat began its life as a short "pop cantata" for a boys' school performance in London, and then became a concept album. After Jesus Christ Superstar made a name for Lloyd Webber and Rice on stage, Joseph, too, became a full-length musical, with successful productions in London's West End, on Broadway and around the world. It even spawned a show called Any Dream Will Do on British TV where potential Josephs battled for the right to play the title role in the 2007 West End revival. 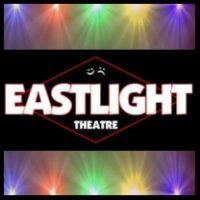 As Eastlight notes, the Lloyd Webber/Rice Joseph is based on the Biblical story of Joseph and his coat of many colors. Joseph was the 11th son (out of 12) of Jacob. He was also the favorite, which did not sit well with his 11 brothers, who plot to kidnap him and sell him into slavery in Egypt. But the plot backfires on them when Joseph rises to prominence as a dream interpreter for Pharoah. Back in Canaan, his brothers have fallen on hard times, and their miseries lead them to grovel at the feet of the Pharoah's right-hand-man, who happens to be the brother they betrayed so long ago.

For Eastlight, Brandon Chandler plays Joseph, while Tami Frow-Meister acts as the Narrator, Joel Shoemaker plays Potiphar and Deric Kimler takes on the role of the Pharaoh. Jeremy Kelly directs a cast that includes a youth chorus, one of the ways Joseph is a family-friendly show.

This musical is sung-through, with very little dialogue, and the score covers all different musical styles. Eastlight has made it work for them for over 20 years, offering performances during the holiday season. This year, they'll begin with a 7:30 performance on the 30th, followed by seven more shows from December 1 to 9. Tickets to all performances are available here.

They are also offering a "Joseph Experience" at their closing performance at 2 pm on the 9th, when audience members are invited to participate by way of a sing-along. Prop bags to made the experience even more interactive will also be available for purchase.
Posted by JulieK at 12:58 PM