Heartland Theatre has announced the winners in its annual 10-minute play contest. This year's theme is "Playing Games," with each of the winning plays, which will be produced at Heartland in June, somehow relating to that theme. 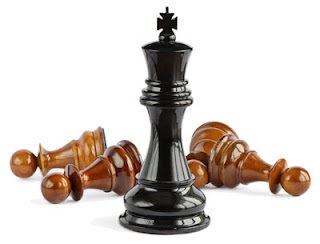 The eight winning plays were chosen from among a record number -- 366 -- entered in Heartland's contest this year, as playwrights found inspiration in the idea of "Playing Games."

The winning plays and playwrights are:

FINAL BINGO
by Meny Beriro, Forest Hills NY
Carol and June have been playing bingo in the same place for 20 years. But now that their favorite bingo parlor is closing, will they still be friends? Or were they ever friends at all?

I AM. I THINK.
by Jerry McGee, Brooklyn NY
Did you ever wonder if you existed, or if you were just a character in a video game? No? Well, the line between game and reality is only too real for Hector. Unless it’s imaginary.

IN MEMORY OF CALVINBALL
by Erin Moughon, New York NY
Ms. Murphy and Mr. Jones may’ve been playing their made-up game for three years, but it’s probably more like three hours. The one thing they can count on is that no rule ever stays the same.

MISSED CONNECTIONS
by Marj O’Neill-Butler, Miami Beach FL
Did Rosie meet Bob in the pasta section or the dairy aisle? Was he wearing red running shoes or scarlet Crocs? Whose “missed connection” was whose? Oh well. All is fair in the Mating Game!

IT by Mike Poblete, Brooklyn NY
Kyle and Judy are OVER. No more Ring Around the Rosy. No more sharing the Mickey Mouse car. But on the playground of their relationship, being tagged IT may be the ultimate romantic gesture.

DESTINY’S TUG-OF-WAR
by John D. Poling, Clinton IL
Divorce, a new partner, a custody battle... This time, the one caught in the middle is a puppy named Destiny, after a scary trip to the vet brings the whole triangle and its tug-of-war into sharp focus.

BOURBON WHISKEY RUMMIKUB
by Alexis Roblan, Brooklyn NY
It’s time for Jake to meet the parents, but Sue insists that he learn – and master -- her family’s favorite game before they go. Can this relationship survive cutthroat Rummikub?

WORD PLAY
by Austin Steinmetz, Columbus OH
If people find out that 5-time National Scrabble Champion Jerry Diddle has been hiding Es up his sleeves, he may just lose everything. Or he may find out there’s more to life than Triple Word Scores.

The 10-Minute Play Festival is annually the first show in Heartland's season, and it attracts submissions from all over the world. Local playwright John D. Poling appeared at Heartland as an actor in last season's "The End of the Tour," by Joel Drake Johnson, and Jerry McGee, of Brooklyn, was also a winner last year.
Posted by JulieK at 8:22 PM