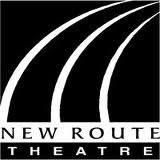 New Route Theatre is back with a "One Shot Deal" at the Herb Eaton Gallery. This time, New Route is reprising "The Mystical Willie Lynch: A Musical, Poetic and Mental Exploration," which appeared last month in two quick performances at ISU's Milner Library.

Here's what I wrote about the show by way of introduction to its previous performances:

"Is the Willie Lynch letter real? Did somebody make it up in the 1970s as a cautionary tale or a call to arms? Does it really matter?

"Gregory Hicks, who works with the New Route Theatre and has been bringing programming to ISU under the auspices of the ISU Black Actors Guild, directs an examination of those questions in 'The Mystical Willie Lynch: A Musical, Poetic and Mental Exploration.' The cast of  'Mystical,' which includes Trace Gamache, Charlene Ifenso-Okpala, Ariele Jones, Jennifer Rusk, Don Shandrow, and Hicks himself, performed the show once last week, with another performance this Wednesday, February 29, at 7 pm in the AirPort Lounge (APL) in ISU's Centennial West building, and a third scheduled in March for New Route.

"In addition to the poems and songs performed by the ensemble, poems will be handed to the audience to read.

"So what is the Willie Lynch letter? When this letter first showed up, it told a very grim story, about one William Lynch, supposedly a prosperous plantation owner (and slave owner) from the West Indies who had been asked to speak to American slave owners in Virginia in 1712 to share his secrets for controlling slaves not just in the present, but for 'at least 300 hundred years.' Those secrets are unspeakable and horrifying, advising slave owners to divide and conquer, torture and brainwash, isolate and terrorize, in order to manage one's slaves for maximum financial gain. Like I said, horrifying.

"The authenticity of the letter has been much debated on the internet, with several scholars casting serious doubts on the letter and the 1712 speech the letter supposedly reported. If I'm reading descriptions of this new program, 'The Mystical Willie Lynch,,' correctly, Hicks and his cast are treating the 'real' Willie Lynch letter as a 'what if' proposition, not suggesting that the letter is real, but instead looking into the issues and concerns it raises even if it didn't exist in fact. 'Using a bit of theatricality,' Hicks' press materials say, 'a talented group of actors, and singers will present a poetry show. Through this performance, we begin to explore the teaching of The Mystical Willie Lynch. The works of artists such as Nikki Giovanni, Amiri Baraka (a.k.a. LeRoi Jones), Langston Hughes, Billie Holiday, Gregory D. Hicks, Paul Lawrence Dunbar, Nicki Minaj, Saul Williams, Pat’s Justice, will help us explore this letter.'

"All of this, Hicks suggests, is to get at the question, 'If knowledge truly is power, what will you do with it?'"

"The Mystical Willie Lynch" will begin at 7 pm tonight at the Herb Eaton Gallery at 411 North Center Street in Bloomington. To see details and a map, visit this page. Seating is limited inside the gallery, so you are asked to RSVP on the page linked, or to email new.route.theatre@gmail.com with your information, including the number of tickets you need.
Posted by JulieK at 9:23 AM