Movie-Lovers Must See "These Amazing Shadows" at the Normal Theater 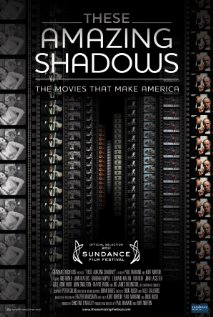 This year, the National Film Preservation Board from the Library of Congress put 25 more films, including "Bambi," "The Big Heat" and "Silence of the Lambs" on its National Film Registry, preserving these "culturally, historically, or aesthetically significant films" for future generations. Movies come and go every year, we hand out awards to some of them and ignore others, but they still reflect who we are and what we were thinking about at the very moment the camera was pointed at that image. Last year's feature film "Hugo," which I absolutely loved, represented Martin Scorsese's passionate argument on behalf of film preservation. "These Amazing Shadows," a documentary about the National Film Registry on screen at the Normal Theater tonight and tomorrow night, is another fine piece of persuasion.

As one of the film experts interviewed in "These Amazing Shadows" suggests, the movies are like the family pictures of our culture. "The Birth of a Nation" may have severely twisted politics at its core, but it's also a snapshot of what some people thought about America in 1915, as well as a look at major advances in movie-making, as well as how the movies were used to propagandize and persuade as early as 1915. And it's on the National Registry, along with "Topaz," a "home movie" shot in secret inside a Japanese internment camp in World War II; "Newark Athlete" from 1891, the earliest movie represented; all-singing/all-dancing "42nd Street," "All That Jazz" and "Top Hat;" Orson Welles' "Citizen Kane," "The Magnificent Ambersons" and "Touch of Evil;" and other assorted films like "The Perils of Pauline," "Saturday Night Fever," "Forrest Gump," "Fargo," "The Apartment," "This Is Spinal Tap," "The Rocky Horror Picture Show," "Return of the Secaucus Seven," "Lassie Come Home,"  a documentary about the San Francisco earthquake shot in 1906, and the Zapruder film. Westerns, musicals, romantic comedy, war movies, five-hankie weepers, satire, issues pictures, documentaries, animation, shorts, features... They're all represented.

Pretty amazing stuff. It's our history, our view of ourselves, our creative and entertainment outlet for the last hundred-and-some years. Thank goodness somebody is working to preserve it.

"These Amazing Shadows" plays twice more -- tonight and tomorrow -- at 7 pm at the Normal Theater.
Posted by JulieK at 12:01 PM