Illinois Wesleyan University's School of Theatre Arts announced most of its schedule for 2012-13 earlier this year, with all kinds of goodies in the works.

At that time, we knew about "A Shayna Maidel," Barbara Lebow's look at a Jewish family, which includes two sisters, one who escaped to America long ago and the other a Holocaust survivor; "9 to 5: The Musical," a fizzy stage version of the Dolly Parton movie hit about working women dealing with a sexist boss; Shakespeare's "As You Like It," which features one of his strongest and best heroines; and the annual faculty choreographed dance concert, all at McPherson Theatre.

For the E. Melba Kirkpatrick Lab Theatre, Shelagh Stevenson's "The Memory of Water," another sister play, this one about Irish siblings struggling with different views of their shared childhood, and "The Breach," by Catherine Filloux, Tarell McCraney and Joe Sutton, about New Orleans and its Hurricane Katrina woes, had already been released as part of the season. 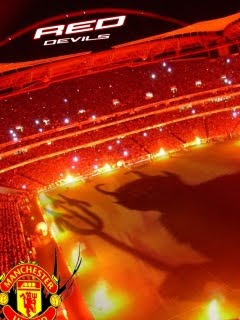 Newly announced is "Red Devils," Debbie Horsfield's 1983 play about four female fans of Manchester United, the legendary British football team. These working-class women eat, sleep and breathe Manchester United, so when they score tickets to the Cup Final, all bets are off.

With Horsfield on the roster, IWU is offering a female-centric year, both in terms of playwrights and the themes explored in the plays. And that extends past the McPherson/Kirkpatrick season.

IWU Assistant Professor Scott Susong notes that he "will cover all three waves of feminism this season since I will be directing 9 to 5, the Music Theatre Society musical in concert 1944's Arlen/Harburg Bloomer Girl (a Celeste Holm vehicle) and the world premiere of All the Kids Are Doing It, book and lyrics by Kate Thomas and music by Joey Contreras (both fresh out of the NYU Graduate Musical Theatre Writing Program) for our Music Theatre Workshop." 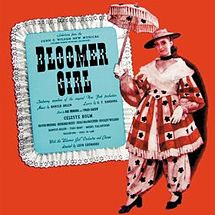 You may recall a discussion of "Bloomer Girl" with regard to Celeste Holm's career here.  The musical involves one Evelina Applegate, a girl who doesn't want to wear the hoop skirts put together in her dad's factory, instead insisting she will only wear the radical bloomers invented to make women more mobile as they took on bicycling, tennis and other active pursuits not suited to a big old dress.

"All the Kids" involves gender and sex in the new cyber world, with a look at the kind of sexual and collegiate politics that keeps hitting the headlines at Jezebel and Gawker. You may recall one of those stories, one that involved a gender switch, when a Duke University student who happened to be female posted detailed accounts of her sexual encounters in an email to friends, who forwarded the saucy "thesis" to everybody they knew. Scandals involving male athletes hiring strippers or rating their sexual partners are nothing new, but this one, with a female behind the bawdy emails, was something different, creating a firestorm of controversy. Did the student's actions constitute harassment, invasion of privacy, bad taste, or just good fun, the same kind of hijinks men have been engaging in for centuries?

Joey Contreras, one of the creative minds behind "All the Kids Are Doing It," notes that this new show is a completely original piece inspired by, but not in any way connected to, the events at Duke or any other specific school. He writes that the musical focuses on, "an ambitious girl from a small town, determined to be a writer, but who suddenly finds herself nominated as 'The Ring Around Girl' -- the one who will be passed around sexually amongst the top campus fraternity brothers at Webb University. Desperate for material for her Senior Memoir class, she decides to turn the tables on the fraternity by using and exploiting their sex-fueled tradition as the focus of her piece, which ultimately finds its way online in the most damaging of ways. It absolutely touches on gender and sex issues in a cyber world, but beyond that, it also explores how young adults are constantly on a quest to fit in and stand out without realizing the possible consequences of their actions."

All in all, it sounds like Contreras and Thomas have created a very provocative piece that anybody who followed all those Jezebel and Gawker pieces is going to want to see.

To see the IWU School of Theatre 2012-13 season, including ticket information, click here.
Posted by JulieK at 12:43 PM

Email ThisBlogThis!Share to TwitterShare to FacebookShare to Pinterest
Labels: All the Kids Are Doing It, Bloomer Girl, IWU School of Theatre Arts, Red Devils, Scott Susong