Is there life in ONE LIFE TO LIVE and ALL MY CHILDREN?

Deadline is reporting that there may be life in One Life to Live yet. One Life to Live and its sister soap All My Children, both longtime ABC daytime dramas filmed in New York, were axed in 2011, although production company Prospect Park was supposedly trying to put a deal together to bring them both to the internet as web soaps with some of the same actors. All of that fell through, which meant AMC aired for the last time in September 2011, while OLTL bowed out in January 2012. Two of One Life's most famous characters, father and daughter Todd and Starr Manning, have since resurfaced on General Hospital, the lone ABC soap left. 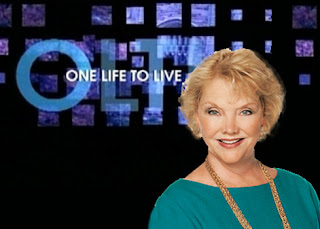 And now, out of the blue, Rich Frank and Jeff Kwatinetz, the guys behind Prospect Park, are back in the news with their soap-operas-on-the-web deal apparently rising like a phoenix from the ashes. Deadline's Nellie Andreeva writes, "I hear Frank and Kwatinetz never lost hope, and had been quietly working since the summer on putting their plan back together and had been talking with the guilds, resulting in agreements with SAG-AFTRA and DGA. (The status of talks with WGA is unclear.) I hear there are preliminary discussions with actors from All My Children and One Life To Live to rejoin the revived shows. Prospect Park refused to comment."

Andreeva also notes that this is a good time to revive soap operas, since the four left on TV (The Young and the Restless, The Bold and the Beautiful, Days of Our Lives and General Hospital) have been going up in the ratings within the last year. Before it was canceled, One Life to Live was routinely beating GH in the ratings (and it was a much better show than GH, as well.)

Time will tell whether there's anything in these new rumors. Wary viewers know better than to trust Prospect Park after the last time. But still... Hope springs eternal. And that last (Hope Springs Eternal) just happens to be the name I made up for a soap opera I put in a romance novel way back in the 80s. My fictional daytime drama was loosely based on Santa Barbara, my fave at the time. But, you know, if the soaps really do come back strong and somebody needs a name for a new one... I still think Hope Springs Eternal has possibilities. 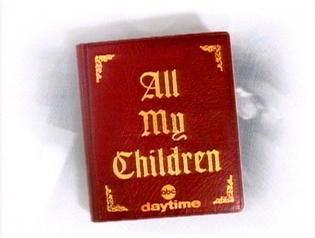 Email ThisBlogThis!Share to TwitterShare to FacebookShare to Pinterest
Labels: All My Children, One Life to Live, Prospect Park