Are you looking for something quick to grab for a holiday gift? PS Classics, the company that brings you all kinds of great music, Broadway and otherwise, is offering a holiday sale. Till the end of the holiday season, all cds from 2011 and earlier are marked down to just $9.95. 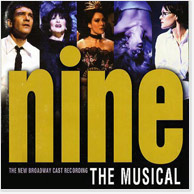 You can choose from cast recordings, like the one from the revival of 110 in the Shade with Audra McDonald, or Assassins with Neil Patrick Harris and Michael Cerveris, or Nine, starring Antonio Banderas. That last one is quite wonderful. Laura Benanti, Jane Krakowski, Chita Rivera? All included. And so much better than the movie version, which you probably didn't see, anyway, because, let's face it, Daniel Day Lewis is no Guido. And Antonio Banderas is. 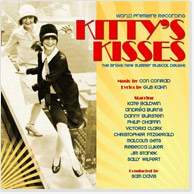 PS Classics also specializes in new recordings of old shows, not shows revived on Broadway, but ones revived and restored by PS Classics just for the recording. Like Kitty's Kisses and Sweet Bye and Bye. Fabulous stuff. 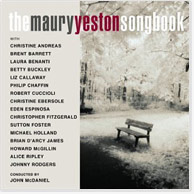 You'll also want to take a look at what PS Classics calls "songbooks," like The Maury Yeston Songbook, which I think you pretty much have to own if you want to call yourself a Broadway musical fan. It includes songs I recognized, like "Unusual Way" from Nine, which is gorgeous here as sung by Brian d'Arcy James, and "No Moon" from Titanic, hauntingly performed by Howard McGillin, as well as things I didn't know before, like the simple and sweet "My Grandmother's Love Letters," sung by Christine Ebersole.

Some must-have items, like the revival of Follies and Sweet Little Devil, a long-lost Gershwin musical, and the cast recording of the new Off-Broadway musical Death Takes a Holiday, are not on sale because they're too new. They're still perfect holiday gifts for anybody on your list who has a hankering for musical theatre. I'll take two of each, please.
Posted by JulieK at 6:24 PM