Who's Who for Elmer Rice's THE ADDING MACHINE at ISU 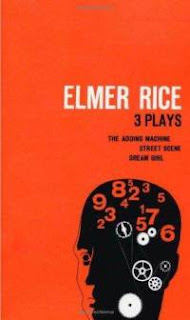 As we near the end of 2012, we have some very intriguing shows to look for in 2013. One of the strangest is probably Elmer Rice's 1923 play The Adding Machine, set for performances from April 5 to 13 at Illinois State University's Center for the Performing Arts.

The Adding Machine is an expressionistic piece about an everyday schlub, a nobody named Mr. Zero, who is what you might call a pencil pusher. Mr. Zero has held the same job for 25 years. But now he's about to be replaced by a machine. An adding machine. Without his job, Mr. Zero truly is nothing, and he has a violent reaction to the boss who announces the arrival of the machine. That takes Mr. Zero on a journey through the justice system and eventually a weirdly surreal afterlife called the Elysian Fields.

You may recognize Elmer Rice's name for Street Scene more than The Adding Machine, given that he won a Pulitzer Prize for the former. But it's the latter that gets revived more often, and its picture of an inhumane industrial world seems to resonate throughout the decades. 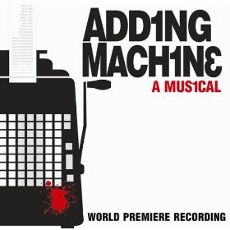 Tennessee Williams riffed on the same basic idea in his play Stairs to the Roof, which I saw some years ago at the University of Illinois. There was also a 1969 film of The Adding Machine which starred Milo O'Shea as Mr. Zero, as well as a 2008 musical version directed by David Cromer that started in Chicago and made it to the Minetta Lane Theatre Off-Broadway, where it picked up numerous Lucille Lortel and Drama Desk awards.

Jake Wasson will design the set, with Olivia Crosby as costume designer and Deborah Smrz as lighting designer.

I'm not sure what I think of The Adding Machine in the expansive CPA. If ever a show seemed suited to a stripped-down black box, it's this one. But it does have a large cast. And there is that Elysian Fields scenery to think about. So I guess we'll just have to see what Garrett and his cast pull out of the hat to put up the world of Elmer Rice's imagination.

Click here for more information about The Adding Machine and all of ISU's upcoming season.
Posted by JulieK at 3:44 PM