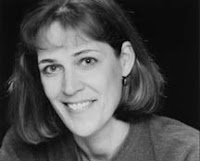 "Falling," a play about a family trying to handle autism, is the work of Mustard Seed Artistic Director Deanna Jent. About the play, Newmark says, "Based on her family (Jent is the mother of three, including an autistic son), 'Falling' comes endowed with a keen mind, a warm though troubled heart — and a future. There's hope to bring it to New York, probably off-Broadway; productions at other theaters around the country are virtually certain. But we got it to see it first."

No word yet on whether the play will make it to New York, but if it does, we won't be surprised to see Adams once again at the helm, and taking home more awards for her direction.

Around Bloomington-Normal, Lori Adams is very well-known as an actress, memorably appearing as the woman at the center of Alan Ayckbourn's "Woman in Mind" at Heartland Theatre, as Fanny Kemble in the touring one-woman show "Shame the Devil! An Audience with Fanny Kemble" and in various roles at the Illinois Shakespeare Festival.

Adams' directing resume includes such disparate projects as the annual Holiday Extravaganza at the Bloomington Center for the Performing Arts and terrific productions of The Who's "Tommy" and Andrew Lloyd Weber's "Evita" at ISU.
Posted by JulieK at 11:53 AM