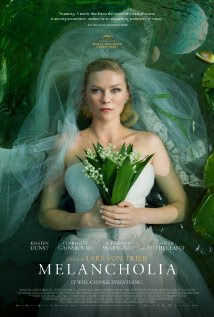 There's one last screening of "The Apartment," the pitch-perfect comedy from Billy Wilder, at the Normal Theater tonight at 7. After that, the Normal Theater starts a series of indie favorites from 2010 and 2011, with the Martin Sheen/Emilio Estevez collaboration "The Way" January 5-8; "Martha Marcy May Marlene," involving a damaged young woman (Elizabeth Olsen, older sister of the famous Olsen twins) trying to escape the emotional power of a cult, playing January 12-15; and "Melancholia," from Lars von Trier, wherein Kirsten Dunst reacts to the end of the world, on screen January 19-22. You should see "Martha Marcy May Marlene" and "Melancholia" continue to be talked about through the awards season, so if you like to keep track of all the award-winning films, you'll want to catch those two while you can.

For Community Players, Opal Virtue directs "Hauptmann," a play surrounding the man accused of kidnapping the Lindbergh baby, with performances January 5-8, 12-15 and 19-21. "Hauptmann" is the work of playwright John Logan, who cleaned up at the 2010 Tony Awards for his play "Red." His other plays include "Never the Sinner," about Leopold and Loeb, and the musical "Riverview," about the Chicago amusement park of that name, while as a screenwriter, he has been nominated for the Oscar twice, for "The Aviator" and "Gladiator." The cast of "Hauptmann" includes Brian Artman as the accused kidnapper, with John Bowen, Vicky Hallstrom, Mindy Lahood, Joel Shoemaker, Gary Strunk and Joe Strupek in the ensemble cast. To read more about "Hauptmann" or to order tickets, click here.

Also opening this week is Rajiv Joseph's "Gruesome Playground Injuries," a sweet, funny, sad look at Kayleen and Doug, two troubled people bound together by the emotional and physical scars inflicted just by trying to grow up, directed by Mathew Green for Urbana's Station Theatre. Rajiv Joseph is perhaps best known for his play Pulitzer-Prize-nominated "Bengal Tiger at the Baghdad Zoo," which played on Broadway in 2011 with Robin Williams as the titular tiger. "Gruesome Playground Injuries" is more intimate, more human play than that one, with its focus on just two people. When Everett Evans described them in his review of the play for the Houston Chronicle, he called them "the two-car emotional pile-up on the highway of life that you just can't look away from."

If you've been singing "I Wanna Be a Producer" since 2001, Champaign-Urbana Theater Company (CUTC) may be able to accommodate you. They will be holding auditions for "The Producers," the first production of their 2012 Season, on Friday, January 13, from 6-9 pm, and Saturday, January 14, from 10-5 pm, at their offices at 608 North Cunningham Avenue in Urbana. Auditions are by appointment only, and you'll need to call 217-344-3884 to set one up. They'll do callbacks, if necessary, on Sunday the 15th from 1-4 pm. Performances are scheduled for March 15-25 at the Parkland College Theater. 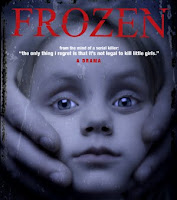 Parkland College digs deep with its production of British playwright Bryony Lavery's "Frozen," described by director Randi Jennifer Collins Hard as "a dark theatrical journey." "Frozen" involves the disappearance of a 10-year-old girl, and the subsequent effect on three people: her mother, a serial killer, and a psychiatrist studying people who commit terrible crimes. Hard, who is Parkland's current Artistic Director, continues, "The overall theme for this 4 character play is emotional paralysis and the possibility of forgiveness for the unforgiveable." "Frozen" will play January 18-29 at Parkland College Theatre in Champaign. It will also be Hard's last show as a director at Parkland, since she is retiring in August. To read more about "Frozen" from its director and graphic artist, click here, or to see a rather disturbing youtube ad for this haunting, difficult play, click here.

Late in the month, the Moscow Festival Ballet brings "Swan Lake" and "The Sleeping Beauty" to the Tryon Festival Theatre at the Krannert Center for the Performing Arts for a fairytale feast of Tchaikovsky's music and Marius Petipa's choreography. "Swan Lake" will be performed Tuesday and Wednesday, January 24 and 25, with "The Sleeping Beauty" on Thursday, January 26. All shows are at 7 pm.
Posted by JulieK at 12:09 PM