Producers Guild Honors "The Artist" (And Oscar Noms in the AM)

Yes, the 84th Annual Academy Awards nominations will be announced tomorrow morning. This year, Jennifer Lawrence (nominated last year as Best Actress for her performance in "Winter's Bone") and Academy president Tom Sherak will reveal the official Oscar nominations in about half the categories at 7:30 am Central time from the Academy of Motion Picture Arts & Sciences' Samuel Goldwyn Theater in Beverly Hills.

And, yes, the Oscars are clearly the main event when it comes to movie awards. But the Producers Guild did their own awards thing just two nights before the Oscar nods come out, handing out both TV and movie commendations. In case knowing who the Producers Guild chose to honor helps you with last-minute Oscar-nomination predictions or helps you figure out what to watch on the crowded TV schedule, I thought I'd keep you up to date. 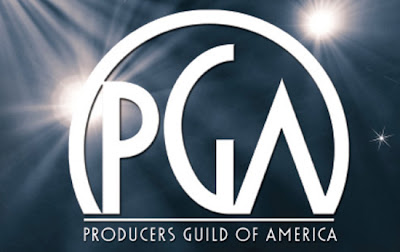 Long story short: "The Artist" won again, making that film a prohibitive favorite to win big with the Academy, too. And "Boardwalk Empire" upended "Mad Men," even as we (okay, I) anticipate the new season the latter.