Once Upon a Midnight Dreary There Were Edgar Nominations...

The Edgar Awards, named in honor of Edgar Allen Poe, recognize excellence in mystery writing. These awards are handed out every year by the Mystery Writers of America, honoring novels, biographies, nonfiction, short stories, YA, juvenile books, plays and teleplays. If you enjoy mysteries, reading the Edgar nominee list can be a good way to find new authors or new TV shows or catch up with old favorites. 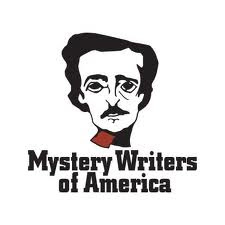 This year, the nominees for Best Novel pretty much travel the world, with the American South, Nazi Germany, Cuba, England, Japan and Norway all on the Edgar map. The nominees are:

THE RANGER, by Ace Atkins. The first in Atkins' new Quinn Colson series, "The Ranger" involves an Army Ranger on leave to attend the funeral of his uncle, who happened to be the sheriff in a seedy Northeast Mississippi county.

GONE, by Mo Hayder. As Bristol (England) homicide detective Jack Caffrey investigates a carjacking, he begins to suspect that it wasn't the car, but the child in the back seat, the thief was really after. And that this kidnapping is only one of a series of horrifying crimes.
THE DEVOTION OF SUSPECT X, by Keigo Higashino. An award-winning novel published first in Japan in 2006, "Suspect X" is a battle of wits between Higashino's sleuth Dr. Yukawa (a physics professor nicknamed "Professor Galileo" who steps in to help out an old friend on the police force) and the "whodunit" the reader knows from the beginning, a man who helped out a neighbor who just killed her abusive husband.

1222, by Anne Holt. "1222" is the 8th book in Norwegian author Holt's Hanne Wilhemsen series. Retired police inspector Wilhemsen, more than a bit of a misanthrope, has a bullet in her spine, which means she must (reluctantly) do her sleuthing from a wheelchair. That is especially problematic in "1222," an almost Agatha Christie-like puzzle about a remote mountain hotel, stranded guests from a train derailed by a snowstorm, and a murderer who is knocking them off one by one.

FIELD GRAY, by Philip Kerr. Kerr's book is the lone historical among the nominees, traveling from 1954 Cuba and New York City to France, Germany and Russia during World War II, as he unravels the past of Berlin PI Bernie Gunther, once an SS officer in Hitler's army.

The nominees for Best First Novel are a bit closer to home, with four of the five featuring US settings. The fifth makes up for that, however, with its espionage-around-the-world tour.

RED ON RED, by Edward Conlon. Conlon is the author of "Blue Blood," a memoir about life on the New York City police force, and "Red on Red" returns to that milieu with this character study about two very different detectives, partners who must come together to deal with a suicide, a gangland murder and a troubled Catholic schoolgirl.

LAST TO FOLD, by David L. Duffy. "Finder" Turbo Vlost is Duffy's hero, hiring himself out in New York City when somebody loses something. In "Last to Fold," the lost item is a 19-year-old girl named Eva, and Vlost's search brings him up back up against a whole lot of Russian mafia and other types he once knew as an undercover guy for the KGB.

ALL CRY CHAOS, by Leonard Rosen. Interpol agent Henri Poincare is at the center of a world-wide investigation into a bizarre crime: Mathematician James Fenster is murdered in his Amsterdam hotel room -- his room is burnt to a crisp while the rest of the hotel is untouched -- on the eve of a World Trade Organization speech.

BENT ROAD, by Lori Roy. Set in Kansas farmland during the 1960s, "Bent Road" has been described as "Midwestern noir with Gothic undertones." Roy's story involves a family that moves from Detroit to to Kansas, the place the father escaped 20 years before, dredging up secrets from the past, in-law problems, and issues of claustrophobia and fear in rural America.

PURGATORY CHASM, by Steve Ulfelder. In "Purgatory Chasm," ex-NASCAR driver Conway Sax is part of a 12-step group whose members always help each other out. Always. That vow to help sets Sax on a free-wheeling trip around New Hampshire to find a car, a serial killer, a lost fortune, and a whole lot of eccentric characters.

Best Paperback Original nominees are another diverse group, with elements of science fiction, Africa, dogs, baseball, psychiatry and sex crimes among them:

THE COMPANY MAN, by Robert Jackson Bennett, about a struggle between members of a union and the ultra-powerful company that owns their souls in a fantasy/science fiction version of 1919 Washington State that almost sounds like Fritz Lang's "Metropolis."

THE FACES OF ANGELS, by Lucretia Grindle, is set in Florence, Italy, when an art student who was attacked two years before, now supposedly recovered, returns to the scene of the crime.

THE DOG SOX, by Russell Hill. This one is a comic mystery about a terrible baseball team, its 10-year-old pitching ace and his abusive father, and the ancient manager looking for answers (like how to get rid of the bad dad) in the Torah.

DEATH OF THE MANTIS, by Michael Stanley, wherein Detective David “Kubu” Bengu investigates murders amidst the Bushmen of Botswana.

VIENNA TWILIGHT, by Frank Tallis. Yes, it's set in Vienna, in 1903, with Dr. Max Liebermann, a colleague of Sigmund Freud, using his skills as a psychoanalyst to try to solve the murder of an artist's model stabbed with a hatpin immediately after sex.

This year, the Best "Fact Crime" Book nominees -- for books based on real crimes, although I tend to think of them as the Colon: Subtitle books, since their titles are almost always extended with a colon and a subtitle containing an exciting whiff of Sex! or Scandal! or Madness! or Murder! -- are:

The Murder of the Century: The Gilded Age Crime That Scandalized a City and Sparked the Tabloid Wars, by Paul Collins. This "Murder of the Century" is in the 19th century, when William Randolph Hearst and Joseph Pulitzer battled each other in print over who could better exploit the "Scattered Dutchman" murder case. (Note: Collins also wrote "The Book of William," about the history of Shakespeare's First Folios, which I absolutely loved.)

The Savage City: Race, Murder, and a Generation on the Edge, by T.J. English, about New York City's "Career Girl" murders in the turbulent 1960s, and how three different men -- the scapegoat for the crime, a corrupt cop, and a militant member of the Black Panthers -- define that violent period in American history.

Destiny of the Republic: A Tale of Madness, Medicine and the Murder of a President, by Candice Millard. The President in question is James Garfield, felled by an assassin's bullet and thereafter the center of a medical drama that involved Alexander Graham Bell, of all people.

Girl, Wanted: The Chase for Sarah Pender, by Steve Miller, about the pre-crime and post-crime life of a woman apparently dubbed "the female Charles Manson" who was convicted of two murders, escaped from jail, and eluded capture for several months.

The Man in the Rockefeller Suit: The Astonishing Rise and Spectacular Fall of a Serial Imposter, by Mark Seal. In this case, the astonishingly long title tells it all: German con man Christian Gerhartsreiter came to America, created cool identities and new accents for himself, and eventually passed himself off as Clark Rockefeller, one of the Rockefellers, landing himself a fancy job, a fancy wife, and all the trimmings, until it all fell apart.

You can see all the other nominations here, including the ones for Best Play, just in case you thought nobody was writing mysteries for the stage anymore and your theater is tired of reviving "Sleuth" and "The Mousetrap." (There are only two in the Best Play category, with Ken Ludwig's "The Game's Afoot" taking on Jeffrey Hatcher's "Sherlock Holmes and the Adventures of the Suicide Club." But still... That's two!)
Posted by JulieK at 12:19 PM